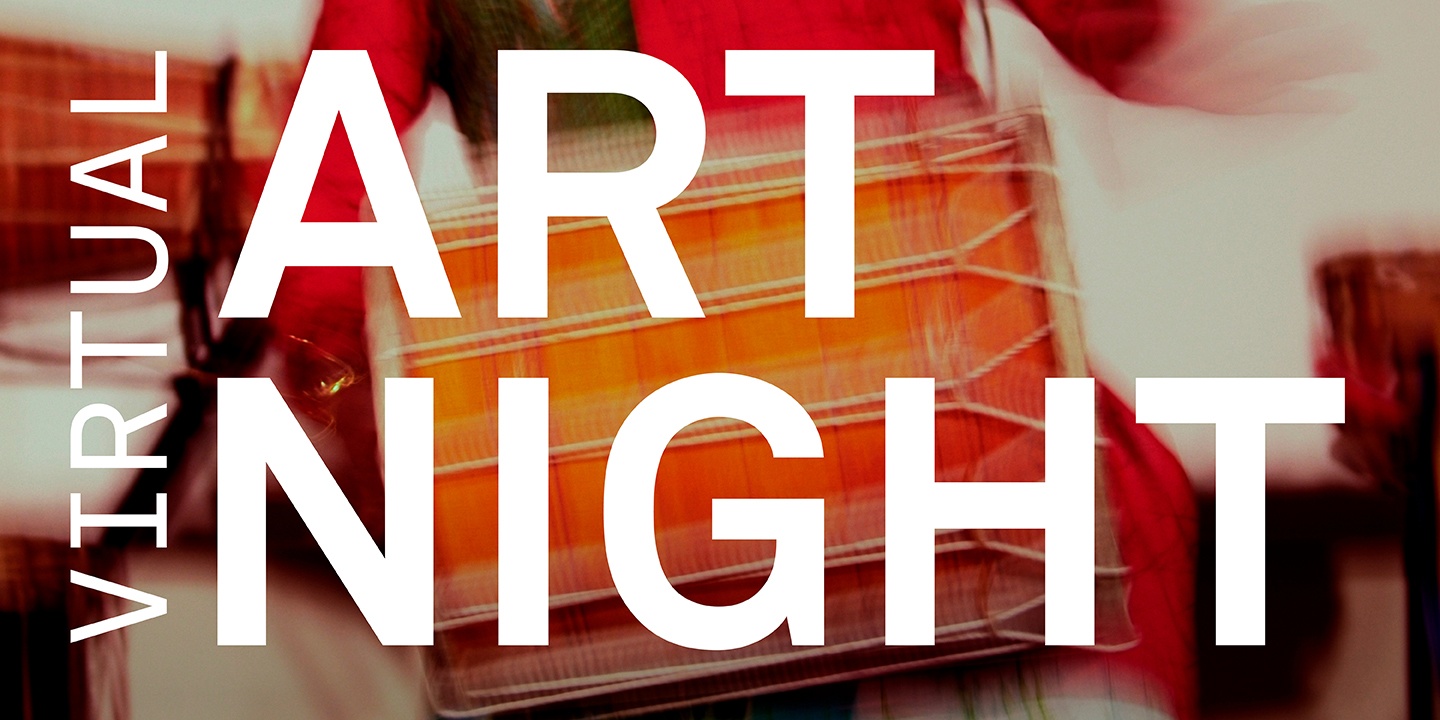 Join the California Art Club on ArtNight for a journey into the cosmos, as we continue our celebration of the landing of the Mars Perseverance Rover. 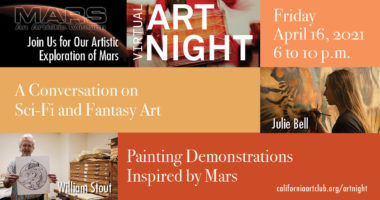 Our ArtNight presentation will include a conversation with nationally renowned artists Julie Bell and William Stout, who will discuss their use of traditional fine art techniques to create other worldly imagery that explores science fiction, fantasy and more.

Their discussion will be complemented with painting demonstrations of the creation of new artwork inspired by Mars by Christopher Cook, Jennifer Burgan and Christopher Burgan. Feel free to “paint along” and create your own images of Mars.  View Art Activities.

Scroll down for the schedule of our livestream as well as information on each of the featured artists.

Artists of all ages and skill levels may “paint-along” with the California Art Club artists as they demonstrate painting techniques during ArtNight. Also available for decorating are coloring pages related to space exploration.

Be transported to the Red Planet by viewing our current virtual exhibition Mars: An Artistic Mission as well as our Student Art Exhibition, which unveils as part of our ArtNight celebration

*** Please note that all times are approximate *** 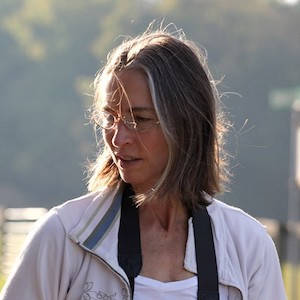 Julie Bell was born in Beaumont, Texas. A former nationally ranked competitive bodybuilder, she applies the same discipline and intensity to her art career. Her knowledge of anatomy has allowed her to imbue her figures of humans and animals with grace and strength. At the heart of her work is a deep curiosity, honor, and respect for the world of emotions.

After having her heart captured by a pack of wolves at Lakota Wolf Preserve in 2001, Julie has also turned her attention to painting wildlife.  She is strongly earning her place among the top wildlife and western painters, winning awards and showing her work in exhibits throughout the USA and Europe.  In the 2014 Art Renewal Center’s International Salon, she won seven awards and two purchase awards, including 1st and 3rd in the Animal Category and 1st place in the Imaginative Realism Category.  In November of 2015, she was awarded the Mountain Oyster Club’s Denise McCalla Memorial Top Choice Award. She was named a Living Master by the Art Renewal Center and was recently invited to show her equine paintings at the American Academy of Equine Arts Invitational Salon in conjunction with the Kentucky Derby.

Julie’s work in the fantasy and science fiction field has appeared on hundreds of book covers, comic books, trading cards, and various collectibles.  Her work can be seen worldwide in major advertising campaigns, album covers, posters, and collectibles of all kinds.

Every year, she and her husband, Boris Vallejo, produce paintings for the highly anticipated Boris Vallejo and Julie Bell Fantasy Calendar published by Workman.

Julie’s work is represented by Legacy Gallery, Scottsdale, Jackson, and Bozeman locations, Rehs Gallery, New York City, and Saks Gallery, Denver. She is a member of the California Art Club, The Art Renewal Center, and the Society of Animal Artists.

“When I’m painting animals with all their beauty and wild nature, I experience the kind of at-one-with-the-universe feeling described by people who meditate.  It’s both soothing and exciting, the way nature itself is.  I know without a doubt that this is what I was meant to do.”

Julie shares her life and her studio in Pennsylvania with her husband, Boris Vallejo. 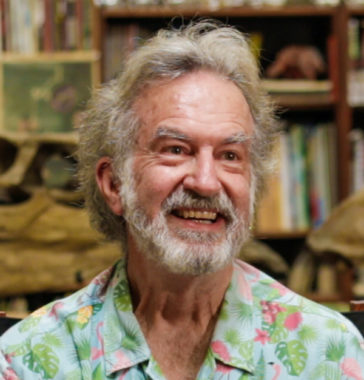 William Stout was born in Salt Lake City, Utah, in 1949. At age 17 he won a full scholarship to the Chouinard Art Institute (California Institute of the Arts) where he obtained a bachelor’s degree. Stout’s 1977 Wizards poster was the first of his more than 120 film advertising campaigns. He worked as a designer on more than 45 movies and helped Pan’s Labyrinth win two of its Academy Awards.

Themed entertainment design for Disney and Universal earned him a reputation as that field’s top conceptualist. Stout has been honored with Gold and Silver Medals from the Society of Illustrators and Spectrum. Stout’s 1981 landmark book, The Dinosaurs: A Fantastic New View of a Lost Era helped inspire Michael Crichton’s novel Jurassic Park. Stout has had in excess of 100 international museum exhibitions, including 13 one-man shows. His career retrospective, William Stout: From Antarctica to Zombies, broke all attendance records at the Laguna College of Art + Design.

Stout was the recipient of the National Science Foundation’s 1992-1993 Antarctic Artists & Writers Program grant. His murals are on permanent display at the San Diego Natural History Museum, San Diego Zoo, Houston Museum of Natural Science and Walt Disney’s Animal Kingdom. His latest books include William Stout: Prehistoric Life Murals; Dinosaur Discoveries; Hallucinations, Inspirations, Dinosaurs: A Coloring Book; and Legends of the Blues. Stout’s own Terra Nova Press has published more than 45 books on art. A Signature Member of the California Art Club, Stout is managing editor of the organization’s newsletter and serves on its Advisory Board. 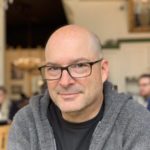 Christopher Burgan was born in San Francisco, California in 1966. He has been blessed to work full time in the creative sector since starting his professional art career as a graphic artist for Jackson/Charvel Guitars in 1984. His work

has been seen by millions of people around the world by way of companies and musicians who have utilized his talents. A short list includes: Kiss, Def Leppard, Heart, Journey, the Anaheim Angels, Walt Disney Corporation, and the City of Glendora, California.

His deep desire to give back to the communities that have provided so many opportunities for him has led to a fruitful career as an art educator at both the University of La Verne and Glendora High School in the greater Los Angeles area.

Concurrent to working as an artist and art educator, Christopher has recorded and performed continuously as a professional guitarist, singer, and songwriter since 1984. In 1989 he began playing lead guitar with GRAMMY nominated “San Francisco Sound” groundbreakers We Five. In addition to We Five, he has released numerous CDs as a solo artist under his own name and as a member of The Tannins, and 541 Baseline. He has performed on television and stages around the country as diverse as the Hollywood Bowl to coffee houses.

Christopher is co-chair of the San Gabriel / Pomona Valley chapter of the California Art Club with his wife, Jennifer. 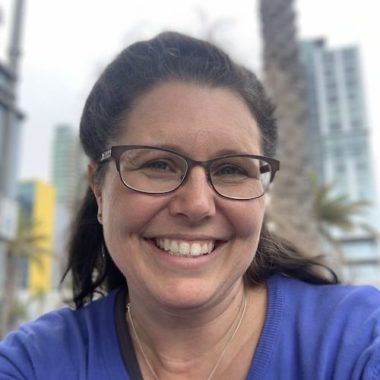 “The only life worth living is that which is creative.” Those are words that Jennifer Burgan began living by, even before she started her professional career as an artist in 1996. The daughter of a professional photographer and outdoor enthusiast, Jennifer has lived a life that sees the world through a creative lens.

Beginning in 1996, as an interior design assistant, she created original works of art for people’s homes. At the same time, she began studying under her father as a photographer. Preferring to capture natural light and unspoiled moments, Jennifer has always chosen the road less traveled when it comes to documenting the images that she sees around her. This love of getting outside led to a love affair with hiking, camping and fly fishing, in tandem with her life as an artist.

In addition to being a photographer, she has enjoyed a fulfilling life as a textile designer, graphic designer, newspaper editor, web designer, illustrator and painter. Jennifer has a strong desire to pass on her knowledge of a life in the arts through both her university professor and high school educator positions, by empowering her students to seek out opportunities for growth rather than being anchored to past accomplishments. 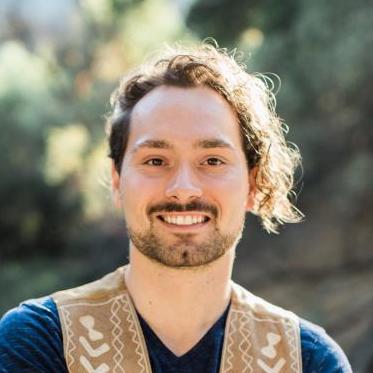 Contemporary artist Christopher L. Cook (b. 1991) experienced childhood in the diverse magnificence of the California coast andArizona’s desert when he began creating as a path of self-discovery. By following the enthusiasm of his inner child essence, Christopher has led a life rich with exploration and preserved his intrinsically artistic nature.

During high school his works of art in charcoal and ceramics were first publicly acknowledged and displayed prominently at the Chandler Center for the Arts. At that time, with close friends, he led a group of humanist guerrilla artists bringing poetry, theater, and visual arts to unsuspecting public spaces.

While at college pursuing psychology, his artistic passion was applied to oil painting as an elective under the teaching of J.D. Parrish. Further realizing the psychological and philosophical aspects of creative expression Christopher became enchanted by paint and wholly dedicated his time and intention to oil painting. Shortly after this affirmation, the philosophical teachings of artist Stefan Baumann and The Grand View Art Society captivated his imagination with possibilities. Stefan’s mentorship brought Christopher’s imaginative style outdoors developing his plein air skills.

Subsequent to joining the California Art Club (CAC) in 2012, he began apprenticing under the tutelage of artist David Gallup. Working with David in studio and in plein air has forever shaped his sense for color, design and harmony. By virtue of the continued mentorship of both Baumann and Gallup, and enhanced by his attentive personal observation, Christopher has experienced quantum leaps in his artistic development.

Currently a Mentor Program Member of CAC and an internationally collected artist, it is his intention to diligently practice lifelong creative virtuosity, and contribute his vision of inspiration, love, and impeccability which he believes the world can benefit from.

Thank you for stopping by and supporting our ArtNight Spring programming! Many thanks to the Pasadena Arts Commission for the invitation.

The California Art Club looks forward to having you join our community and consider becoming a member.

You may join as an Art Enthusiast member or as an Associate Artist, Student, or Mentorship Program member.