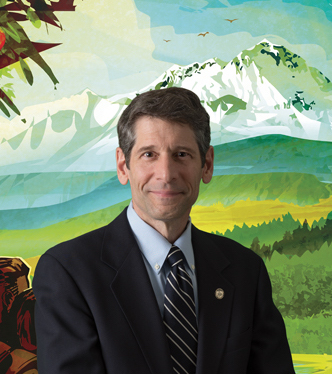 Callas grew up near Boston, Mass. He received his Bachelor’s degree in Engineering from Tufts University, Medford, Mass., in 1981 and his Masters and Ph.D. in Physics from Brown University, Providence, R.I., in 1983 and 1987, respectively. He joined JPL to work on advanced spacecraft propulsion, which included such futuristic concepts as electric, nuclear and antimatter propulsion. In 1989 he began work supporting the exploration of Mars with the Mars Observer mission and has since worked on seven Mars missions. In addition to his Mars work, Callas is involved in the development of instrumentation for astrophysics and planetary science, and teaches mathematics at Pasadena City College as an adjunct faculty member.

How did you get involved with space exploration?

It is said that children generally make their decision about being a scientist or engineer when they are about 10 years old, much earlier than most other careers.  When I was ten, Neil Armstrong first walked on the moon.

Which Mars mission was your favorite and why?

The Mars Exploration Rovers, Spirit and Opportunity, of course.  I joined that mission from the very first day it started and eventually became the project manager.  It has been the highlight of my career.

What was the most surprising discovery about Mars that you learned during your years at JPL?

For me, the most significant discovery was of ancient hydrothermal systems on Mars by the rover Spirit.  In addition to surface liquid water and a thicker atmosphere in the ancient past, the presence of a thermal energy source combined with water means that Mars had all the physical mechanisms to support life.  On Earth, wherever we find water in contact with an energy source, we find a teaming ecosystem.

What advice do you have for a young person interested in pursuing a career involved with space exploration?

Follow your passion, because that will drive you.  Tackle the hard problems, because anyone can solve the easy ones.  And, engage in life-long learning.  In science, the learning never stops.

Space exploration is one of the highest aspirations of our species.  It is both a responsibility and privilege to be involved in that exploration and scientific discovery.