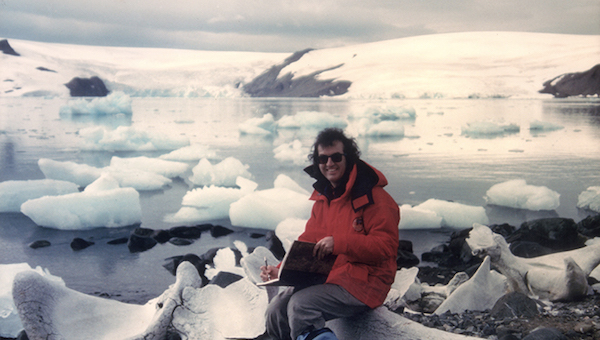 The panel will include:

William Stout, who spent three months in Antarctica diving under frozen ice, climbing active volcanos and camping in dry valleys to create one of the most comprehensive bodies of work of wildlife in the region;

Peter Adams, who traveled in disguise for three weeks in South Asia during 1987 to chronicle the activities of the Mujahideen rebels in Soviet-occupied Afghanistan; and

Jean LeGassick, who often hikes, snowshoes or mulepacks to remote peaks, hidden canyons or rocky shores where land meets sea for a deeper connection to the landscapes that she paints.

Where:  Norma Kershaw Auditorium at the Bowers Museum

This is an educational program of the 111th Annual Gold Medal Exhibition, on view at the Bowers Museum from July 17 to August 21, 2022.