Most artwork featured in this exhibition is framed and available for acquisition. If you are interested in learning more about how to place an inquiry, please consult our Terms of Sale. Works that are not available for purchase are labeled as “NFS”.

This exhibition was made possible, in part, by a grant from the Cultural Affairs Division of the City of Pasadena.

Griffins of Light: Wildlife Discovered in the Martian Wilderness

“Flyover Canyons of Mars” was inspired by thinking of how the dust in the Martian atmosphere would lend itself to beautiful hazy light effects that are the perfect subject matter for watercolor.

Mars a Billion Years Ago

In the distant past, the surface of Mars was crisscrossed by massive rivers and oceans, which then evaporated. Today, Mars is a planet that is slowly dying and we can only imagine it as it would have appeared a billion years ago. The reddish appearance of the ocean is due to what would have been the ferrous nature of the water on Mars edge with blue ice, and the white strip that cuts through the sky is the Milky Way seen from the planet’s surface.

Let Me Show You This

The John Carter of Mars Family

The layered use of iridescent and interference paint causes the painting to change greatly according to the light source location, and as one moves around it. Thereby suggesting the marvelous mysteries of the Heavens.

Fusion crawlers inch across the frozen landscape, deploying forward feelers, grinding heads, and communication arrays to transmit their discoveries back to Earth.

NASA and JPL – Bringing Worlds Together

We've lived in La Cañada Flintridge since our family was young - and both our children worked at JPL while in high school and college.
I have often thought about painting JPL in its arroyo setting. Upon hearing of this show, I decided to incorporate the lab into the Mars discovery story.
This science fiction treatment of the theme fancifully expresses how dedicated scientists are closing the information gap between the planets, bringing worlds together.

When I Consider the Heavens; homage to Ray Bradbury

The greatest thoughts of humanity have all been conceived in solitude, staring up at the heavens. Be that literary, scientific, or theological. The night sky remains that singular visual reference that conveys the infinity of creation. The magic of Ray Bradbury was that he could stare up into the night sky of the 1950’s and imagine something unique. Though it is the astronomers and engineers who get the credit for space exploration, I believe that we would not be landing on Mars without the creative genius of writers like Ray Bradbury and Jules Verne.

The painting was initially inspired by the Hubble Telescope’s image of Mars. As I was discussing the project with my boys they talked of visiting Mars as if it were a real possibility. Watching them use the telescope and discover the mysteries of the night's sky led to the surreal idea of Mars rising, and the children watching from afar. Someday, they imagine to visit Mars.

This painting is what I imagine the first signs of plant life would be like, hidden in the caverns of Mars, yet to be discovered.

Secret Garden is a celebration of the wonder, grit, ingenuity and promise that drive extra-terrestrial exploration. Secret caches of water appear to lie deep beneath the surface of the Red Planet, making us dream of the life it supports—a life radically different than ours.

In a world seemingly turned on its head, the values and colors of the flower are inverted. Atmospheric infusions of minerals and dust deliver brilliant pinks, oranges and reds, offset by fiery blues and greens of sunset in the remains of the day. A once-familiar backdrop becomes fragmented and changes with light—or dark, the sweeps of winds over dunes, the sliding of gullies, and the pressure and tumult of shifting, long-buried ice. She has an ever-changing kaleidoscope of fractal patterns, both familiar—and not.

Secret Garden emerges from the depths of a long ago hidden salt-pool, a riotous sweep of color… and a siren’s call to wander and explore. She is radically different from any flora we’ve known, unapologetically bursting to new life on Mars as a radiant, energetic and resilient transformation of her ancient self. 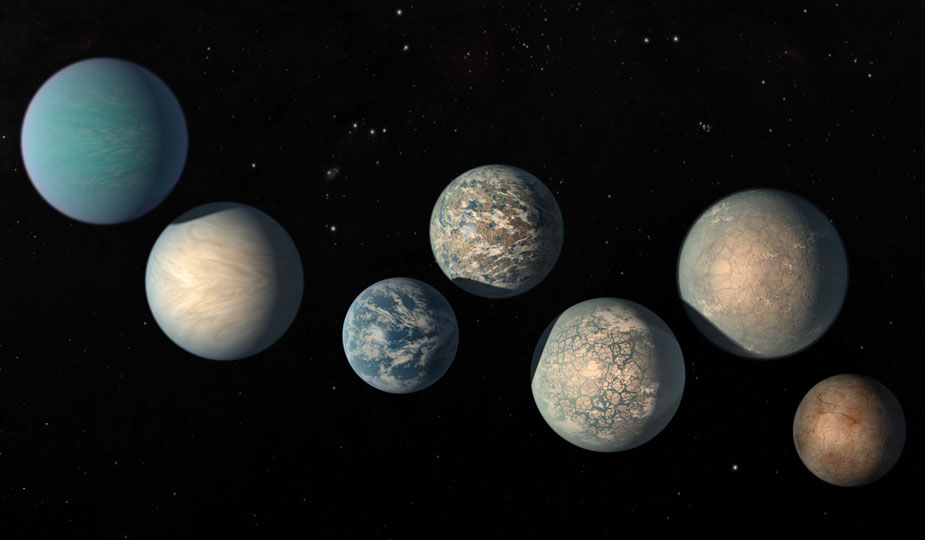